Part of the impetus of this blog was trying to discover and/or build a community of Yankees fans living in enemy territory in Boston.


I can say with certainty that there are thousands of Yankees fans living in and around Boston without a meeting place, bar, community hall or so much as a street corner where they can convene.


Yanks fans in Boston are, in a nut shell, hermits of the sports world: huddling inside, never revealing their true passions too loudly in public, and nary a glance outside (especially when the Sox sign major free agents...).


So you can imagine my shock and amusement when Googling "boston yanks" revealed the following: Boston Yanks, NFL team from 1944-48.

So, what if the Yanks moved to Boston and became the Boston Yankees? After all, it's not the franchise itself but the location that breeds a fan base (just look at teams that shift locations, from the baseball Giants to the Sonics/Thunder in the NBA.) Would I be forced into rooting for the Mets? For a Boston-based team?


Would New York suddenly despise Derek Jeter? How would the city of Boston receive the incoming Yankees? How would they sell any tickets in that market? What would happen to the rivalry? Would the Yanks suddenly sport tons of facial hair and stop showering?


Better move to the rundown before my head explodes -- this is like contemplating infinity.

Future Free Agents Not So Bright

Since failing to sign Cliff Lee, the party line I've heard most from staunch Yankees fans has been to point out that the team known for spending smart and spending big now has a ton of extra cash to blow. This could only mean more/better players to surround an already potent core. Right?


Take a look at the future class of free agents next offseason. Specifically, scroll down to the list of future available SPs.


Slim pickin's if you're the Yanks, no?


The best case scenario is that they sign somebody like CJ Wilson, who has proven himself to be a capable No. 2 starter, throws hard from the left side, and is, by his own admittance, a less talented Cliff Lee.


But he will be 31 next offseason, and the Yanks aren't getting any younger. Looking around the league at other top-of-the-rotation anchors worthy of long-term contracts and you'll see the trend -- all the good young arms came up in that team's system (for the most part). The list includes Felix Hernandez, Zack Greinke, Adam Wainwright, Tim Lincecum, David Price, John Lester, and Ubaldo Jimenez.


They all seem to have risen within their own organizations to prominence, which gives their teams a distinct financial advantage until they start to command more dollars after minor league contracts expire.


I'm not saying that the Yanks have no chance to land a solid young arm via trade, but I do believe it's time we start paying at least half as much attention to developing minor league talent that can one day elevate to the top of the rotation -- the next Phil Hughes or (gasp) Joba Chamberlain, if you will.


Otherwise, we risk the worst fate any team can suffer (and no, not losing) -- becoming a stale, aging, middle of the road team that reaches the playoffs but never wins.


This is a premature assumption, but given the A-Rod deal, Jeter, Mariano, Posada, and the rotation behind CC, it's a valid one as we enter a new decade.
4 comments:

I read an interesting post on the howiGit blog (that's How I G It) about how the Yanks lost their mojo because they failed to sign Crawford. The comments section blew up because nobody this side of the Mass Pike believed that to be true - the Yanks were simply focusing on the free agent that could make the biggest impact on the division and playoffs in Cliff Lee. Crawford made far less sense for his price tag and position than the lefty from Arkansas.


Well, now that the Yanks whiffed on Lee -- arguably the biggest swing and a miss since the Knicks' missed on the LeBron-a-thon -- I'm siting here in Boston, cowering inside my office, hoping my coworkers and local friends forget that I'm a Yanks aficionado. Considering the banner, drawings and mug at my desk, something tells me I've made myself known.

Either way, I can finally understand the Red Sox mentality pre-2004 (and the mentality that still lingers for most fans). I saw the Sox pay big bucks for a big free agent, make a swift trade using their minor league resources, and now gloat over the Yanks losing out on their one must-have free agent.


Coupled with my love of LeBron's Heat early struggles (damn you, 9 game winning streak...), I at last relate to the pleasure Sox fans get from the Yanks' misery, and the pain they feel when the Yanks succeed.


I've been in Boston two years, three months and 13 days, and I am at long last feeling the sting that my neighbors know too well.


Now if you'll excuse me, I hear someone coming and must take cover under this desk.
3 comments:

This holiday season, give thanks...that you root for one side or the other in this great rivalry. 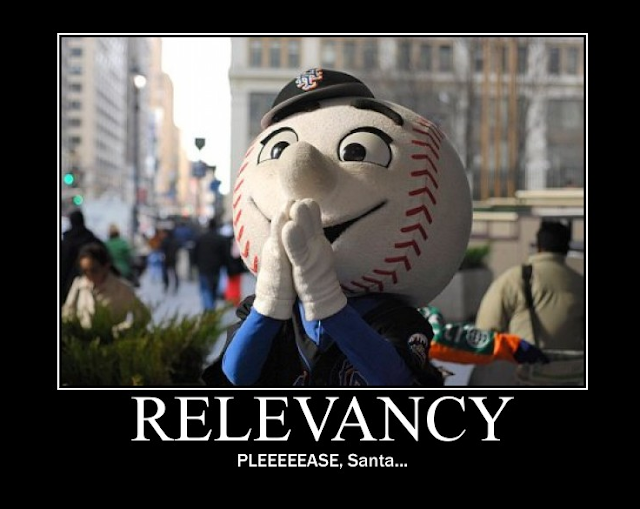 
It trades for big names to extend them with big money, signs high profile position players to record contracts, trots out All Stars at most positions, has a soft-spoken, unimposing GM who gets the job done every season, and a fan base that's become so used to winning, anything short of a pennant or title is considered failure.


Okay, okay...so I've written about the similarities between the Sox and Yanks before. This is nothing new. I'm just trying to knock Sox fans down from their high after they acquired both Adrian Gonzalez and Carl Crawford, the top two acquisitions thus far and the top two not named Cliff Lee.


But the new-age, new-roster Red Sox are making it increasingly difficult for a Yanks fan to earn an honest living in Boston! No more widespread misery and doubt -- just absurd spending and talent. As one friend and diehard Sox fan told me, "Money argument aside, we are f***ing STACKED!"


There goes the neighborhood for this pinstripe-clad citizen...


Let's bring the money argument back in -- has this changed the rivalry? Eh, not really. The teams will still play an obscene number of times. ESPN will still run the game previews, analysis and highlights through their overworked hype machine. And the fan bases will be at each others' throats just the same.


But this might change the rivalry to a third party -- finally pushing them over the edge. This is sure starting to look less like the battle between good and evil and more like Alien vs. Predator.


No matter who wins -- most of humanity loses.


(Oh...and if you're wondering, the idea of the Sox essentially cementing themselves as no different than their most hated rival makes me 5% happy, 95% want to hide...)
No comments:

Adrian Gonzalez May Mean No Carl Crawford for Boston

Adrian Gonzalez coming to the Red Sox means the Yankees will now need to pitch around another deadly hitter -- this one, a lefty who can easily pull one out in both New York and Boston.


But the trade by Boston, though swift by offseason standards, may have come just a tad too late and with a few too many uncertainties attached for the Red Sox if they still hope to sign Carl Crawford.


Domino 1: Nationals sign Jayson Werth.
Werth, rumored to be on the radar of Boston GM Theo Epstein, landed a whale of a deal with Washington (seven years/$126 million), thus jacking the price for Crawford, who was likely valued higher on the Red Sox offseason wish list. (He's younger, better defensively, and most importantly, would be moving away from the Sox' divisional rival in Tampa.)


It's easy to recognize that super agent Scott Boras is going to use the Werth deal as a benchmark to exceed when pitching his client Crawford around the league.


Domino 2: Red Sox trade for Adrian Gonzalez without extending him.
The initial thinking by the media was that the Sox would only trade for Gonzo if they knew they could sign him, as hinted at here. However, in a move that fans seem to love (perhaps without recognizing any longer term domino effect), Boston wound up with the big first baseman in the end, without signing him to an extension.


This means that the Sox have A-Gon for 2011 for $6.2 million -- a bargain deal that will be more than tripled by the time he signs his next contract.


The Sox are hoping beyond hope that he will sign sometime between now and the end of next season, but negotiations are ongoing. (A-Gon wants a Teixeira-like deal in the neighborhood of eight years/$180 million; Boston is countering with seven/$154 million). It's dangerous for the Sox to give up some top prospects without a deal in place, but they allegedly have the framework for the extension ready to sign, and Gonzalez apparently really wanted to be in Boston.


Bottom line: the Red Sox have given up talent for Gonzalez in '11, so the extension must now be a top priority for the organization.


Domino 3: Yet to fall. My guess? Cliff Lee.
Should the Yankees (or Rangers) sign Lee -- who is also being pursued by the Red Sox -- it would ideally turn Boston's full attention on Crawford if you're a Sox fan. However, with Gonzalez already having cost the Sox some resources in the trade, it wouldn't make sense for them to abandon that plan or even focus a large deal on Crawford before Gonzo. They've completed a trade and must now commit serious money to that player first.


In the end, the Sox may lose on both Lee and Crawford for someone who may just be a replacement to the 2010 Beltre and an upgrade from the usual Beltre (ignoring any questions on Kevin Youkilis-to-third). The solution might be that the Sox heap more money onto the team's salary if they can, or they could opt to use Mike Cameron and/or JD Drew (both expiring) as trade bait.


Either way, the next major domino to fall this offseason might be Crawford, but chances look slim that it would land by Landsdowne Street.


And now, the rundown!