Opening Day is a holiday to be kept sacred no matter your team. The difference between the typical fan base and those of the Yankees and Red Sox, however, is that everything is doubled. Angels fans look forward to the start of their new season, their new players, and their new storylines. But fans of either the Yanks or Sox have the seasons, players and stories from both sides thrust upon them with just about equal fervor. Why? It's Opening Day, and the rivalry has been renewed!

Baseball is resurrected (pun sadly intended...) on Easter Sunday this season, and Opening Day arrives with more pomp and circumstance than last year. This season, the defending champion Yankees roll into Boston, meaning I'll waste no time in making enemies all over again from Day One.
It's the only way I know how to honor this holy day. 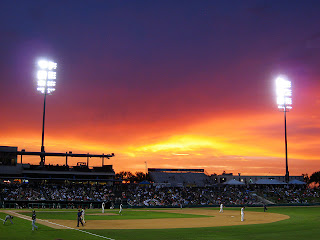 With the Yanks and Sox playing right out of the gate, both fan bases need to ratchet up the intensity earlier than ever. Here are some other ways you can prepare for Opening Day:

Around the Rivalry -- Monday's Rivalry Rundown: